If you have been wondering what precisely Christian unity looks like, I can recommend two stops you might make on your life’s journey. The first would be to New Melleray Abbey—a Trappist monastery in Iowa; the second would be to the Michigan City Prison—a maximum security facility in Indiana. Allow me to explain… 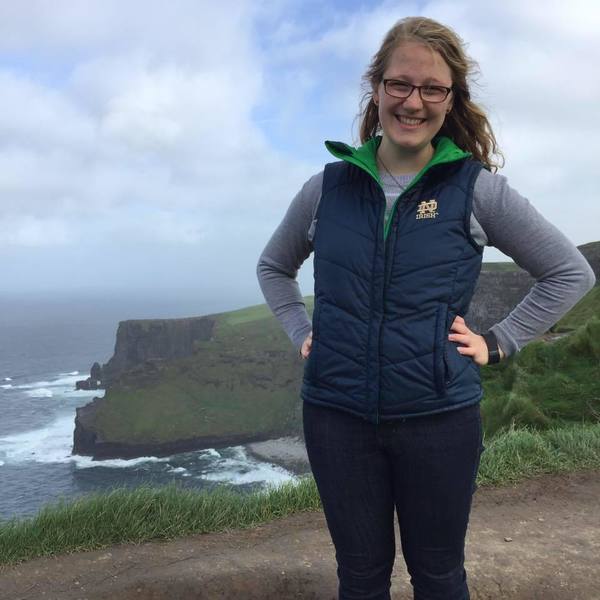 Last Sunday, I found myself walking with my fellow Folkheads into the chapel of the Michigan City prison. It was one of the bleakest rooms I’ve ever seen with its white-washed walls and gray cement floors. There were gray filing cabinets all around the room and the windows passed as stained glass, but just barely with the paleness of their sickly greens and browns, eclectically mismatched or simply missing in some cases. In the moment, my heart sunk: this place was ugly, it matched the bars and barbed wire outside that made this prison’s lifelessness so overbearing. It was the physical manifestation of the world’s lack of care for the men to whom it belonged.

So the men began to come in. We began to sing. Their faces began to light up. Some closed their eyes, appreciating the melody… Amazing grace! How sweet the sound… Some nodded along to the tune and some opened their own mouths to sing… Jesus lives! Thy terrors now can, o Death, no more appall us…

Suddenly, a memory came to me: the Folk Choir, sitting in New Melleray Abbey after a couple days of retreat in mid-January. We were getting ready to leave and awaiting some final bits of wisdom from the generally-silent monks. The brother speaking closed with gratitude: Thank you for your song, he said. The walls will not forget it. You have brought a beauty to this place whose memory will be written into the stone for years to come.

Even in the moment, there had been something powerful about these words. From the dawn of the day until its closing, I had meandered in and out of that chapel. It was simple, tall and long in the Trappist style, bare but stained to richness with the rich interior lives of the monks who came and went at marked intervals. Even more striking to me was the changing light: the pitch black of lauds and the illumining of the mass to follow, the quiet light of the morning and the beating one of the afternoon, come to the resting and retiring glow of vespers. The rhythm of the years was written into these walls; as the light rose and fell, so the monks entered and went forth. Our song had woven its way into this beautiful monotony. It had become the cry of the doxological witness of the silent trappists.

With the coming of this memory, my monotonous, lifeless vision of the prison chapel was infused with color. Two of the prison’s men sang for us and we got the opportunity to chat with other prisoners. Then we recommenced the singing, only to have a third guest perform for us with one of the most powerful voices I’ve heard. Singing with us for the next song… I love the Lord. He heard my cry… the two images arranged their misty particularities into a resounding clarity.

Objectively, the walls of that prison chapel were not beautiful. The weight of the suffering of forgotten prisoners was indeed written into them in a way which my eyes could not help but see. And yet, as we sang… Bless the corners of this house. Wall and roof and lintel blessed… our hope—the hope of the prison community combined with that of the choir—wrote another memory into those walls.

This prison was never devoid of life as I had deemed it to be. God was here too in the very same way by which He is always with us. Christ infused a new memory into the walls of our worldly home when he offered Himself up for us. By His Eucharist, He gave us the gift of being able to participate and live into this memory. Our merging voices in the Michigan City prison were an echo of this Eucharistic oneness. We sang our praises together and thereby, the whitewashed walls became beautiful. The emptiness of the cross became Eucharistic fullness of life.

Hallelujah! Thanks be to the God whose Eucharist sings new life into the stones of our walls—belong they to Abbey or penitentiary! Pelotsa rona! We sing your praises! We sing together as a testament to our faith in this life in all places, and so all our hearts are filled with gladness! Amen.