On Palm Sunday, the reading of the gospel takes a turn for the dramatic with the reading of the Passion narrative. The priest takes on the role of Jesus, the readers become the various other speaking roles, and the choir transforms into an angry crowd, as the narrator tells the story of Jesus’ passion and death, from the entrance into Jerusalem to his crucifixion and laying in the tomb. Being told to yell, “Crucify him!” in the middle of mass is certainly an odd experience, but I’ve come to realize that it is also powerful and humbling to be immersed in the story of the Gospel in such a way. Last year, on the weekend of Palm Sunday, I had a very different but similarly immersive experience when I took on the role of the apostle Peter in a Passion Play. 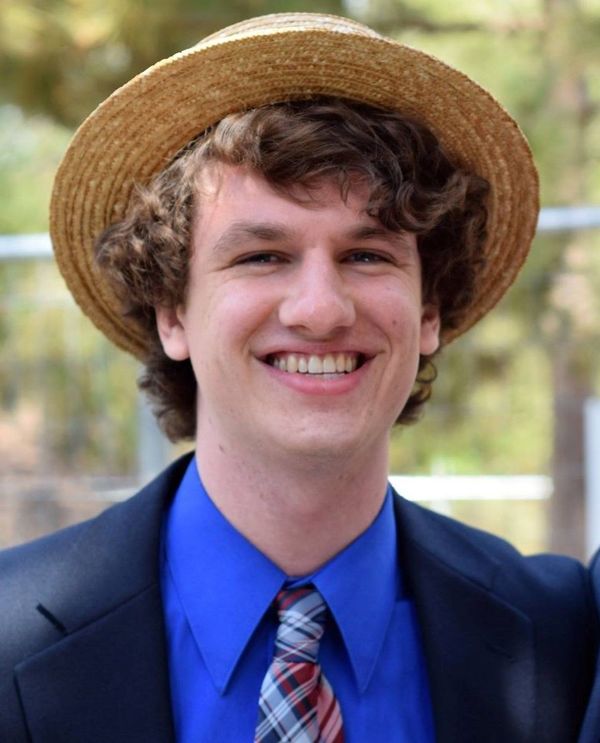 It started some months before in Geneva, Switzerland, where I was studying abroad for the semester. Soon after arriving, I met Robby and Emily Toole, former Folkheads who welcomed me into the parish community of St. John XXIII Church, where Emily works as a youth minister. It didn’t take long for Emily to invite me to perform in a musical Passion Play that she was directing at the parish. I accepted, unsure of exactly what I was getting myself into!

Over the next few months, I joined a diverse cast of parishioners as we immersed ourselves in the drama of Jesus’ life and death. At first, it was very strange to be in a musical Passion Play (not least because I discovered I would be singing Josh Groban’s February Song, slightly edited to be about Peter’s denial of Jesus), but the presence of some Folk Choir Holy Week standards (Sing Hosanna by Steve Warner and Cross Cry by Gilbert Martin) definitely eased the process and provided some much-needed familiarity while away from the Folk Choir. Over time, everyone got in touch with their characters, and soon it felt like we had a real, honest-to-goodness production on our hands.

I can remember the first moment I felt truly immersed. We had finally started to practice with the actual set-pieces and props, and were rehearsing the Last Supper scene. I looked around me and saw my fellow apostles, a group of men from various countries and walks of life who I would have never dreamed of meeting otherwise. As Tony, the man playing Jesus, sang the words that we hear every Sunday at the consecration, I imagined myself in the place of Peter. I imagined him deeply troubled by the things that Jesus was saying, but promising, nonetheless, “I will remember, Lord. Though the others may fall away, I will never desert you.” In my head, I marveled at the boldness of Peter’s promise. Later on, he would break that promise, as I have broken it so many times in my life. It was humbling in the same way as it was humbling to play the part of the angry crowd on Palm Sunday. By stepping into the role of Peter, his betrayal of Jesus became something very personal.

On some level, playing a character onstage forces you to come to terms with the emotions and motivations of that character. I learned that in the context of Jesus’ passion, these emotions and motivations, while historically grounded in the Bible, are present to us daily in a significant way. Each day, through many of our decisions and motivations, we choose to deny Jesus as Peter did. We face the decision that the people of Jerusalem faced in the Gospel - to welcome the Lord into our lives, or condemn Him. Sometimes we welcome Jesus, but often we deride and curse him instead. Let us have the courage to continue committing our lives to Jesus, and to welcome Him into our hearts, singing, “Hosanna! Blessed is he who comes in the name of the Lord!”