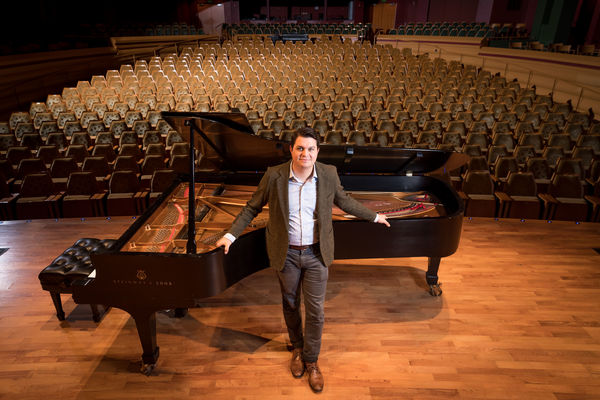 Dr. J.J. Wright recently completed his D.M.A. in Conducting from the University of Notre Dame’s Program in Sacred Music. During his final year in the program, his studies brought him to Rome, where he researched and wrote his dissertation on translating the early Baroque oratorio to jazz. In addition, he studied at the Pontifical Institute of Sacred Music and interned with the Sistine Chapel Choir. J.J. also released O Emmanuel, an album for Advent and Christmas, with the Notre Dame Children’s Choir, which debuted at #1 on the Billboard Classical Charts.

His latest album, Vespers for the Feast of the Transfiguration, is a participatory jazz vespers service that incorporates improvisation and popular music with congregational singing. The service  was recorded and filmed live at Saint Peter’s Church, NYC as part of their Jazz Vespers Series. The accompanying documentary film has aired on CatholicTV and Salt & Light TV. When he’s not busy conducting or recording, he’s a husband and father to three beautiful children. 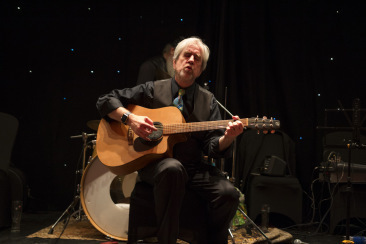 Steven Warner received his B.A. in Religious Studies from St. Michael’s College in Winooski Park, Vermont, where he then served as Director of Liturgy for two years. He moved to the University of Notre Dame and earned a Master’s degree in Theology and Liturgy in 1980.

Steve joined the Office of Campus Ministry staff at Notre Dame in 1979. While working on campus, Steve founded programs with the goal of enhancing the integrity of sacred music at the University. With his assistance, the tradition of worship on campus grew, influenced by the presence of the Folk Choir and the liturgical planning aids published through his office. Crafting a new hymnal supplement, planning and celebration of campus-wide liturgical events, and coordinating musical resources for more than three dozen residence communities all took shape under the guidance of his office.

In 2016, Steve became the associate director of the Notre Dame - Newman Centre for Faith and Reason, an organization which stewards Newman University Church in Dublin, Ireland.

Karen Schneider-Kirner has been associated with the Notre Dame Folk Choir since 1997, working closely alongside the ensemble’s founder, Steve Warner. As Associate Director, she collaborated with Steve in composing and arranging much of the music of the choir over the years, including the Mass for Our Lady, published through World Library.

An Indiana native, Karen is also a concert organist and has played solo recitals in cathedrals across the U.S. and in Europe. A graduate of Yale University, she holds a Masters of Music degree and a Masters in Art and Religion through the Yale Institute of Sacred Music. Her Bachelor of Music degree is from Ball State University in Muncie, Indiana. She has pursued further studies in organ and church music through the Hochschüle für Musik in Vienna, Austria. She has also been a part of the extensive touring and recording aspects of the choir. She founded the Notre Dame Celebration Choir, which she directed from 1997 through the Spring semester of 2016. Karen also directs the five-octave Handbell Choir and serves as one of four full-time organists for the Basilica of the Sacred Heart, under the auspices of Campus Ministry. She has also served as music director for churches in Connecticut, New York, and Ohio.

Karen and her husband Scott, who supports the Folk Choir as guitarist, have three children-- their twin daughters Claire and Emma along with their son Joseph.

Anna is a senior from South Bend, IN studying Economics and English with minors in Theology and Latino Studies. She currently lives off-campus but previously lived in Walsh Hall, and her favorite Folk Choir songs are Waddell's "Rosa Mystica" and Warner's "Come My Way, My Truth, My Light." Anna is so excited to serve the Folk Choir as Co-President this year! She hopes to continue to strengthen our social and faith community, connect with our alumni, and work together to workshop and perform our Passion Project. She is also looking forward to welcoming new members and carrying on our favorite traditions.

Grace is a senior from Indianapolis, IN majoring in Science Pre-Professional Studies with minors in Theology and Gender Studies. She lives in Flaherty Hall and her favorite Folk Choir song is Paulus' "The Road Home." Grace is beyond honored and excited to serve as Co-President this year. She claims that "we truly dreamed big for this year, and I know that the entire choir is ready to see just what we can accomplish."

Erin is a senior from Ottawa, IL majoring in the Program of Liberal Studies. She lives in Johnson Family Hall, and her favorite Folk Choir song is Waddell's "Rosa Mystica." Erin is so excited to serve as Folk Choir Secretary for this upcoming year! She states that she "has found such a welcoming community in the Folk Choir over the past three years," and she hopes to be a welcoming presence for her fellow Folkheads.

Joe is a senior from Sheboygan, WI studying Environmental Sciences and Economics. He lives in Knott Hall, and his favorite Folk Choir song is Warner's "Lead Kindly Light." Joe is excited to help the choir grow in its faith this upcoming year. He really wants to emphasize finding Christ's love in interactions we have with each other every day. He also claims that Folk Choir is among the most welcoming communities on campus, and "going to practice is like getting together with fifty of your closest friends."

Meg is a sophomore from Nashville, TN studying English and American Studies with a minor in Education, Schooling, & Society. Her home on campus is Howard Hall, and her favorite Folk Choir songs are Mukasa's "Mimina Neema" and Waddell's "Rosa Mystica." As Social Media Coordinator, Meg is looking forward to spreading the joy of the Folk Choir's work as far as possible and involving the whole choir while doing so. She hopes to use social media and communications to welcome everyone into the loving presence of Folk Choir, whether they are a friend or a stranger. She is also excited to continue working on the choir's Passion Project leading up to the Holy Land tour in May!

JP is a third-year law student from Washington Township, NJ. He currently lives off-campus, and his favorite Folk Choir song is Warner's "Lead Kindly Light." JP is excited to serve as the choir's Social Commissioner because he believes that a sense of community is "crucial to our group – we're a family, after all." He states that, especially as we emerge from a year altered by COVID-19, we need to work to build our community. When describing why he loves Folk Choir, he states that "our defining attribute is our joy."